How Buying Complex Services is Like Riding a Bike You never forget how to ride a bike.

This is generally a desirable feature of human psychology – the ability to learn to ride as a child, not ride for 20 years and then pick up a bicycle on vacation and be able to ride without any problems (except maybe a little saddle-soreness).

But can never forgetting how to do something become a problem?

When the way you need to think about something changes.

In this YouTube video, we are presented with an interesting experiment in procedural memory. A man who learned to ride his bike as a child and has always been able to ride attempts to ride a bike that has had the steering altered, so that turning the handlebar left turns the wheel to the right and vice versa. Believing that his knowledge about how the bike works will mean he can consciously control the bike, he hops on but falls time and time again. His conscious mind was simply unable to keep up with the part of his brain automatically providing the complex algorithm required for pedaling a bike.

The mechanism responsible for this is procedural memory. Our declarative memory is what we know and what we are aware we know. Our procedural memory is essentially an unconscious, automatic response to certain situations. In the case of the bike, before his conscious memory that the handlebar turns the other way can begin to affect his actions, his procedural memory has already told his body that the bike is unstable and he must compensate, so he does – in the wrong direction.

How does this apply to business?

In this study, it was shown that organizational routines are stored in operational memory.

This is the rationale given behind why some complex service deals work and others aren’t so successful, according to Kate Vitasek, Professor at the Haslem College of Business Administration at the University of Tennessee. Vitasek’s has a passion for what drives highly successful buyer-supplier relationships and has developed the Vested business model as a result of her research.

In this Podcast, part of a series named Public Procurement Leaders by Public Spend Forum, Vitasek discusses in detail her research and findings. Vitasek explains that her initial research was funded by the United States Air Force, who wanted her to delve deeply into why some deals led to amazing successes and others less so. The Air Force was perplexed as to how Honeywell had a contract to supply the same service to the Air Force and the Navy, and while the contract with the Navy has resulted in a mutually-beneficial, highly successful collaboration, the Air Force contract was not working out.

Vitasek’s findings led to her developing the Vested business model for managing complex service agreements, which she says is about shared thinking, values and goals, and has 5 key differences to traditional approaches, which she refers to in self-confessed bullish style as “rules”.

Rule 1 – Focus on Outcomes Rather Than Outputs

The value lies in the end result and greater purpose rather than what it takes to get there. A really interesting example of this point is explained through a contract to provide janitorial services in a hospital. This “boring” transaction of cleaning duties was transformed into a strategic role to provide infection control procedures. Just defining and thinking about the role in a different way changed the value and importance assigned to it by all involved.

Rule 2 – Emphasize the “What” not the “How” of Service Delivery

Through doing so you allow suppliers the flexibility and scope to innovate and creatively address challenges, with overall improvements to value. By being overly prescriptive to clients you remove their ability to find the best way to achieve the mutual objectives. Being open-minded breeds innovation.

Vitasek says that measuring outcomes is a huge challenge. She has created a tool, called the Requirements Roadmap, to help you focus on your top 3 – 5 business outcomes and create alignment between what you are measuring and where you want to take it, rather on focusing on current measurements. Measuring isn’t enough, you need to use that data to propel you to the future. This is where the bicycle analogy from earlier really comes into play, as people need to practice to get out of the habit of defining successes in ‘hows’ and ‘actions’ and switch the steering towards measuring ‘whats’ and ‘outcomes’.

Vitasek says if you are going to measure outcomes you need to pay for outcomes. Rather than paying per activity, per hour, per task, per mile, per milestone, the Vested model changes how people think about pricing. Moving away from the transactional to the strategic by pricing for delivering outcomes instead of line items means that suppliers are motivated to achieve efficiency rather than merely ring up a bill in exchange for tasks. Pricing models should enable suppliers to achieve the outcomes through innovation, and what is a win for the buyer becomes a win for the supplier, too. This is really the change in behavior that can inspire true collaborative supplier-buyer relationships.

Rules 1 through 4 craft the basis of the deal, the scope, and the outcomes. Instead of statements of work, you have statements of objectives. Through crafting this deal you now know how to work together, and how you are going to measure and price this work. Rule 5 is about embedding mechanisms for sustaining that relationship and the deal. Vitasek teaches to shift away from oversight to insight, which can be frightening as a concept, but she assures that the result is much more control because the governance mechanisms have been jointly crafted and both parties are contractually obliged to adhere to them.

To learn a new way of doing things you must first master unlearning.

As in the video with the bike, the new way of defining business can be learned, but first, the old patterns and habits that are ingrained in our operational memories must be replaced with new thought patterns and automatic responses.

Collaboration, innovation, insight and learning how to do things differently are ideas at the center of ProcurePort’s suite of best-in-class eProcurement software. For information on how we can help your business unleash your procurement potential, contact our industry-leading team to discuss your requirements today. 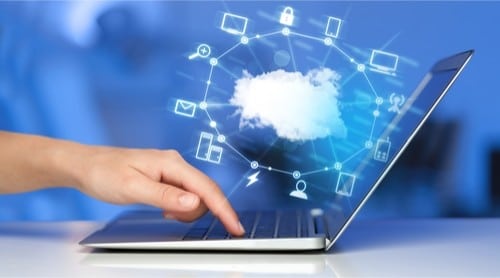 How Automation Changes The Purchasing Process